Gun No. 6 is a documentary with a difference. It was a moving, powerful, heart-breaking, raw, multi-faceted film which showed the ripples of pain that emanate from gun crime.

The premise of the film is to trace back the story of ‘gun No.6’, so called by the police as it is one firearm which has been involved in numerous crimes. In tracing this story the difficulty that is presented is that there is a stark lack of testimony from the people who have used it or have witnessed its use. The use of gun no. 6 is shrouded in silence, both out of protection and of fear. So the filmmakers decided to use men who have been convicted of gun crime in the past as ‘actors’ who recreate the crime scenes whilst also sharing candid memories of their own criminal past.

Several parts of Gun.No6 made for uncomfortable viewing to say the least. Stories of perpetrators of gun crime ran juxtaposed with very raw and emotional testimony from the victims’ families.

From the part of the ex-offenders there was a range of presentations. At times in the reconstructions the men were drawing on their experiences of the hustle, of being involved in key moments of action. At these points in the documentary the audience was invited to peer through into the life of a gang, although at these times there was a sense of being tough, of the street mentality and masculinity explained, but shown to be hollow as the men explained their rationale. This was then contrasted with very candid and raw parts, where the men retold parts of their own personal stories of pain and heartbreak themselves.

Throughout the documentary the overwhelming message that came through was that of trauma. The raw trauma of the victims’ families was set alongside the at times unexpected trauma shown by the gun men. It was clear that everyone was hurting, in varying degrees from varying angles. This was the triumph of the film to me, that instead of showing purely the victims story and demonising an absent perpetrator, it really presented the light and shade of the ex-gunmen’s stories. It pieced together an image of what has gone on behind the gun, which is an achievement considering there are very few testimonies of witnesses as there is a shroud of silence that followed Gun.No.6.

As someone who is researching into the lives of men who have been gang involved it was interesting to hear the stories told. In particular there was a mention of domestic violence and becoming involved in the gang to escape the screams at home by one of the ex-gunmen, Darryl. The way he shared his story throughout the film was very frank, real and raw. For all of the gunmen it must have taken courage, to revisit past lives which they have spent time in prison for, to share the competing pressures, motivations, push and pull factors that led them into that life. 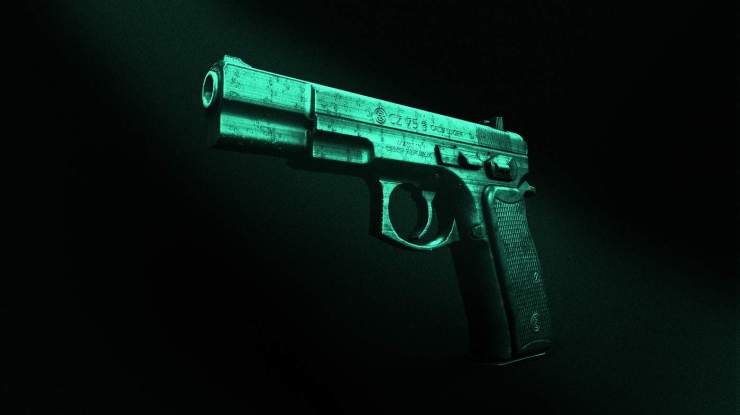 As I watched it, a niggling question in my mind was whether I was watching an educational film or an entertainment documentary. Where I placed it raised different questions to me.

Taken as a tool for wider education there is no doubt it is a powerful anti-gun crime piece. It certainly shone a light on the very complex impacts of gun crime in all directions. Viewed in this way I found the documentary to be a moving, hard hitting and sombre. The underlying message being that gun crime sends out ripples of pain in all directions, but also that people who pick up guns in the first place are coming from places of pain themselves. This element felt new, as so rarely have crime documentaries sought to understand in a compassionate way the mind and motive of the gun-man. Contrasting this empathic treatment of the gun-men juxtaposed with the victims’ families testimonies was striking.

However saying that there were overhanging ethical questions that rumbled on whilst I watched the film. This was largely because there was a tension which is, to what extent is this film intended for entertainment or education? Is the traumatisation of vulnerable people in front of my eyes a consequence that was justified to convey the message? The particular areas which I felt this was firstly the blurred boundaries between the ex-gunmen’s roles somewhere between ‘actors’, and ‘experts by experience’. Secondly, at times the way the victims pain was drawn out felt somewhat voyeuristic.

The question in my mind was, Is it OK to traumatise people for the sake of entertainment? And if it is not entertainment but purely educational, does this matter? I imagine this question is not new in the field of reality crime shows, where some of the audience will watch out of curiosity, fear, fascination, titillation. As many will watch out of the need to understand more, compassion, empathy.

One occasion that stuck out in my mind was a filmed psychodrama session in which two of the men became emotional when asked to relive the experience of seeing a friend dead on the street. The pain was clear, the tension emanated off screen. I couldn’t help think that the only purpose of this filmed therapy session was to induce these feelings and inspire remorse, to show a different side to the audience. Different to an interview situation where the interviewee has control over what they want to expose, in a psychodrama therapy session there embodied techniques are designed to draw out deep emotions and memories. I wonder how much the men knew what they were letting themselves in for when they agreed to be reconstruction actors in this film. I wondered how they consented to sharing their own pain when they were in ‘acting’ roles. This blurred boundary was one of the interesting parts of the immersive style, but I couldn’t help wondering if it had the potential to be damaging to these men in recovery from their past lives as they were asked to recreate shootings. Is that seen as collateral damage by the filmmakers? The purpose of these reconstructions seemed more designed to bring up the men’s memories than to portray the crime scenes. Were they supposed to take on the guilt of the actions of Gun.No.6 by association of similar crimes? Is that acceptable?

The second example where I felt an uncomfortable tension was when watching some of the victim testimonies. These were naturally horrific and shocking. In particular the young daughter Annesa of a man murdered by Gun.No.6 sat alongside her mother as she retold their story in tears. I couldn’t help wondering whether it was acceptable, necessary, or right to have a vulnerable young person going through this again for the sake of the film. In many ways I understand the presentation of pain and trauma is what brings these issues home to the audience, but as a viewer at times the lingering filming felt a little voyeuristic.

Straight after I watched the film I tweeted saying that I respect the people who were involved in this film, and I really do. For all the people involved it must have taken an immense amount of courage to share their stories with the world like that. I do think it will have made many people think about this issue for the first time, or in a new way. I suppose I am just left wondering, at what cost?

The poignant note at the end of the film was that Gun.No.6 is still at large. You couldn’t help wonder what the next atrocity would be in a few years’ time, with which troubled man behind it, what poor shopkeeper, or doorman, or gang member, would be on the other side of it. This is an issue for all of us to consider and figure out.

I recommend you watch it and see what you think. Gun.No.6 will be on iPlayer for the next month. It originally was screened at 9p.m. on Sunday 2nd December 2018.

2 thoughts on “Documentary Review: Gun No. 6”