Earlier in June I spent the week visiting the University of Prishtina in Kosovo to guest lecture on the Gender Studies department’s summer school; Feminism of the 99%: Equity, Advocacy, Privilege. The week was funded by CEL, the Centre for Equality and Liberty http://cel-ks.org/?hl=en, which is in turn part funded by the Government of the Netherlands. My attendance was funded by the Erasmus+ scheme. Outlining part of the struggle that LGBTI+ people face in Kosovo was highlighted by our meeting at an undisclosed location, which has to change periodically as the amount of abuse that the centre faces once people find out where it is. 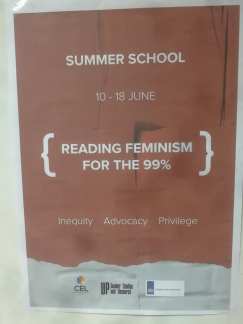 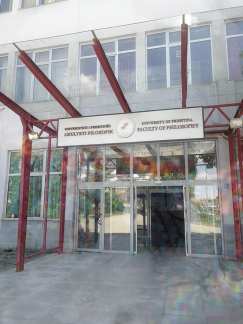 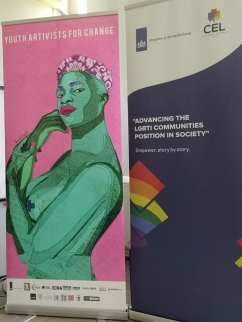 The book Feminism for the 99% is a manifesto written by Cinzia Arruzza, Tithi Bhattacharya, and Nancy Fraser. https://www.versobooks.com/books/2924-feminism-for-the-99 It in many ways defines the 4th wave of feminism, which seeks to look beyond the advances of the privileged few women who have managed to go through the glass ceiling, but instead re-focuses the lens on the majority of women who are continually exploited through the mechanisms of capitalism. The 2nd wave statement of the feminist movement, which has always greatly resonated with me, is ‘The Personal is Political’. When this statement emerged, it was urging people to look within their own homes and their life practices, their relationships, the division of labour within their homes. It has always spoken to me as a  message that you need to practice what you preach, in that, there is no point talking about structural inequality unless our personal lives are also examined. In many ways the Feminism for the 99% manifesto expands this further, implicating capitalism and consumption into this question- in particular, are privileged women’s successes and advances riding on the exploitation of poorer women, who are outsourced the domestic duties of a home and childcare, without an examination of the division of labour still being lumped onto women. Or if the clothes that we can widely afford in the West are made in sweat shops by exploited women and children, that also negates our feminism.

In the summer school we watched an excellent documentary which outlined this very well- https://www.cleanin.org/ It juxtaposed the corporate feminism of Sheryl Sandberg’s ‘Lean in’ with the unionisation and campaign by Harvard’s hotel workers. The contrast worked so well in particular because these were the workers who were caring for the rooms of delegates to Sandberg’s own presentations on her brand of feminism. So, whilst she espoused the importance of having women at the table, the invisible migrant women were working in exploitative conditions in the next door building. It also highlighted the work of Harvard students who took on the campaign of the hotel workers and worked with them to advance their cause.

Another interesting presentation during the week was made by the artist collective, HAVEIT, who talked about the various art works, through performances and instillations that they have done throughout the years to raise awareness of various social injustices, including LGBT rights (via staging a controversial ‘kiss in’ in public) as well as putting up billboards to raise awareness of domestic violence in the city. There are some examples here; https://balkanist.net/kosovos-haveit-group-artistic-engagement-equal-society/

Dr. Stephanie Schwandner-Sievers who also came from Bournemouth University gave a thought provoking presentation on her work using anthropological resources to act as a cultural translator when people in the UK who originated from Albania were going through child protection proceedings. UK based social services would ask her to report on which parts of the parent’s behaviours were due to ‘culture’, in order for them to deem which were then left as ‘abusive’. It raised some very interesting questions about the ways in which people of minority culture within the UK are misunderstood within the statutory structures. As well as the ways that women (mothers) behaviours were seen as reticent rather than them being seen as victims of abuse and control themselves. 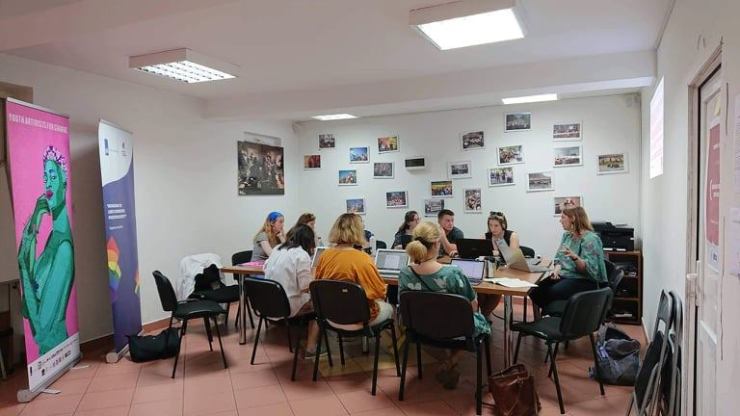 During the week I delivered a session on domestic violence, intersectionality, and feminism of the 99%. I centred the talk on the Duluth power and control wheel, with greater consideration of the intersectional issues that marginalised groups face when experiencing abuse as well as trying to leave and access support. In summary, the key points of DVA in light of the manifesto was about re-focusing feminism for the majority of women, rather than the privileged few. It calls the conventional responses to DVA “understandable, but nonetheless inadequate’; “carceral feminism” seeks solutions for gender violence in the existing legal structures, without examining the way this system disproportionately targets black lower-class men, leaving the white-collar perpetrators “free to rape and batter” (pg. 29). This reminds me of the phrase ‘the master’s tools will never dismantle the master’s house’ (Audre Lourde, 1979). So, to take wider action it is essential to look at the crisis of social reproduction; Linking capitalism with the ongoing societal organisation which relies on the social reproduction of restrictive gender roles and “entrenches gender oppression” (pg. 22). I was also happy to deliver a presentation on The Road Home Study as part of the week. 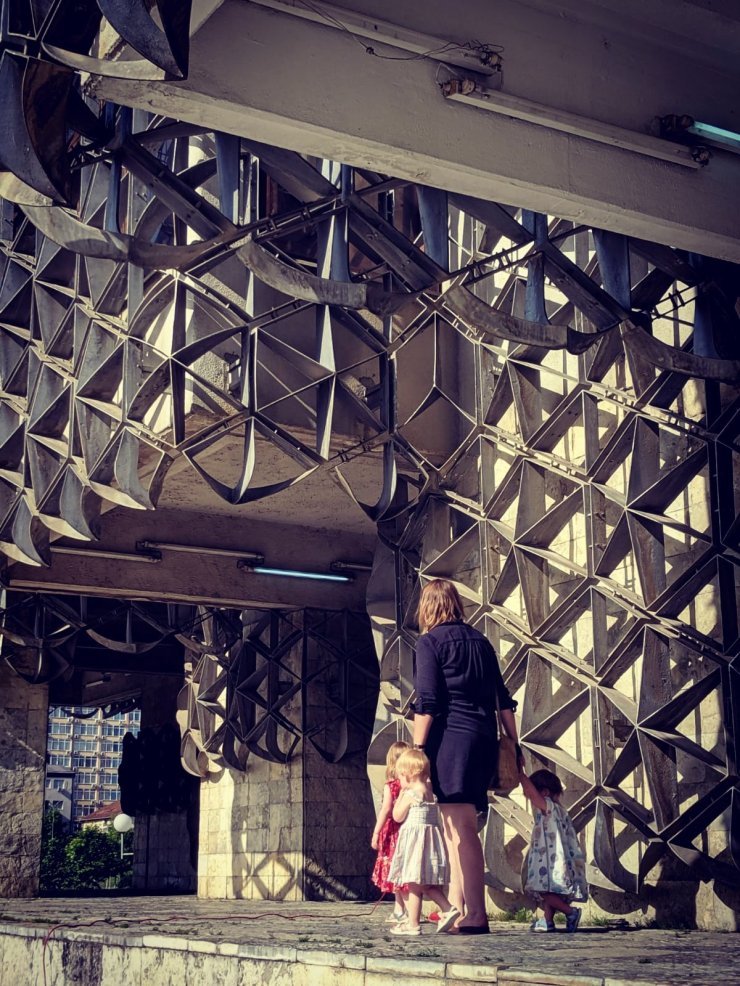 On a person note, it was also a wonderful week as I was fortunate to bring my family along with me. This was on one hand due to our love of adventures and wanting to share this visit to a unique place with my family. On the other hand, it is also because I am trying to integrate my academic life with my family life. There are lots of opportunities for international travel within this job, but this doesn’t mean I want to spend lots of time away from my young children. This is a constant negotiation, and until conferences and events start putting on childcare and making people’s family lives more visible within academia (which some are increasingly doing) then it can feel like a pull in two directions. At the end of the day, for me to attend events it usually relies on a family member taking leave to pick up the slack that I leave (as at the moment I manage to do much of the primary care around my research work). In light of the above discussion, this is of course about privilege too. I think of my colleagues who don’t have the wider support and who are single parents whilst trying to manage academic life. Unfortunately, I imagine there are much bigger barriers to attend many international events which at the moment impedes networking and sharing of work. I see that there are debates now about the carbon impact as well of this style of networking and welcome the discussions around increasing virtual meet-ups using video-links, so compromises based on finances, family, or caring responsibilities don’t leave women academics out of the conversation.